After the cancellation of the 2022 events, 2023 offers several opportunities to engage with our history. Here are some dates for your diaries.

The History Festival programme can be found HERE 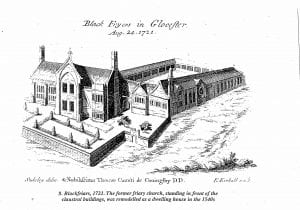 Gloucester Day celebrates the end of the Civil War siege of the city in 1643. when King Charles II returned to the throne after the Civil War in 1660, he punished Gloucester for supporting Cromwell by reducing the city boundaries. This meant the area of Barton was outside the city and not under the control of the Gloucester Mayor. Barton elected a “mock mayor” to poke fun at Gloucester.

This tradition had been revived in recent years with a parade led by the real Mayor and Sheriff of Gloucester plus the Mock Mayor, Town Crier, historical characters, marching bands and performers in the morning with a Mock Mayor Making Ceremony. The parade was followed by a Thanksgiving Service and the the Gloucester Day Parade in the afternoon.

Click the link to see a clip of the parade in 2018 courtesy of David Champion. Click Here

A series of talks, activities, workshops and musical events from local experts in beautiful locations. Many of the events are free.